Get fresh music recommendations delivered to your inbox every Friday.
We've updated our Terms of Use. You can review the changes here.

by Museum of Natural History 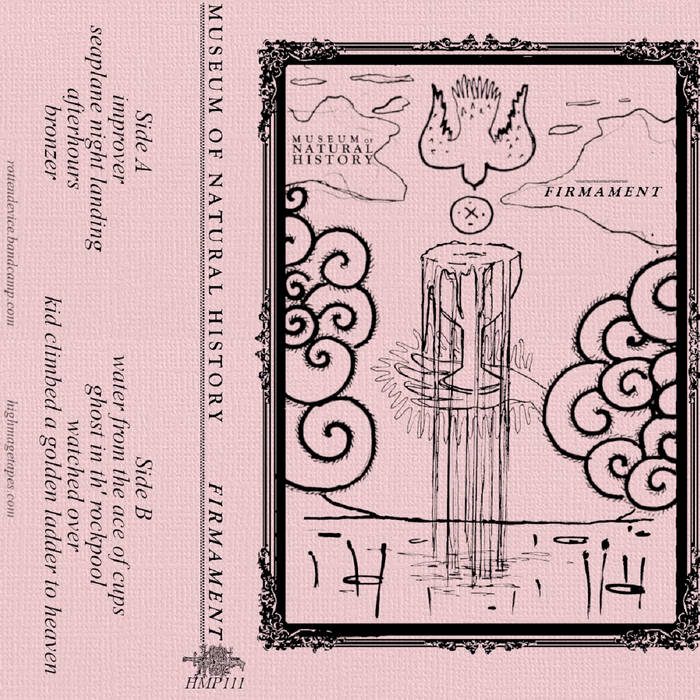 FINGERS OF THE EMBALMER

The Groove That Speaks

The boats came and went - the first departures were large bittersweet events, the whole town waving them away from the port. New arrivals were heralded into the port with delighted ceremony.

In the following months, though, it became routine. A departure twice a week, two returns every other week. Regular commerce and trade was established between other villages and cultures in the archipelago. Some of the townspeople never returned, only seen again in silent smiling reflections trapped in quiet corners of the beach. While the townspeople poured out to the world, new knowledge, custom and engineering flowed back into the village.

Maybe it was the seaplanes that did it: the quiet academics and homebound philosophers of the museum who stayed behind were compelled now to turn heads skyward at the sound of roaring engines out over the water. First eyes, then newly-constructed telescopes and observatories swivelled upwards. The townspeople became fascinated by the scope of the infinite cosmos above them and as they gazed up, something eternal gazed back and the world around them changed.

During the days strange cloud drifts formed and broke apart. Rainstorms crashed and thunder boomed from clear blue skies. At night, stars wheeled around irregularly, removed from any calculable orbit or pattern. In the dark forests around the village glowing fireflies hinted at odd, golden-bronze entities further off in the gloom. Spotlights and huge cameras were mounted, traps cautiously set, but the creatures always remained just out of sight, impossible to recognise or define.


SUPPORT THE ARTIST DIRECTLY AT
rottendevice.bandcamp.com

All sales are dumped into new projects and releases.

No NSBM. Nazi punks fuck off!
Submissions are closed. ... more